How To Master Attention Using 10 Science Based Tips

You are here:
Alertness 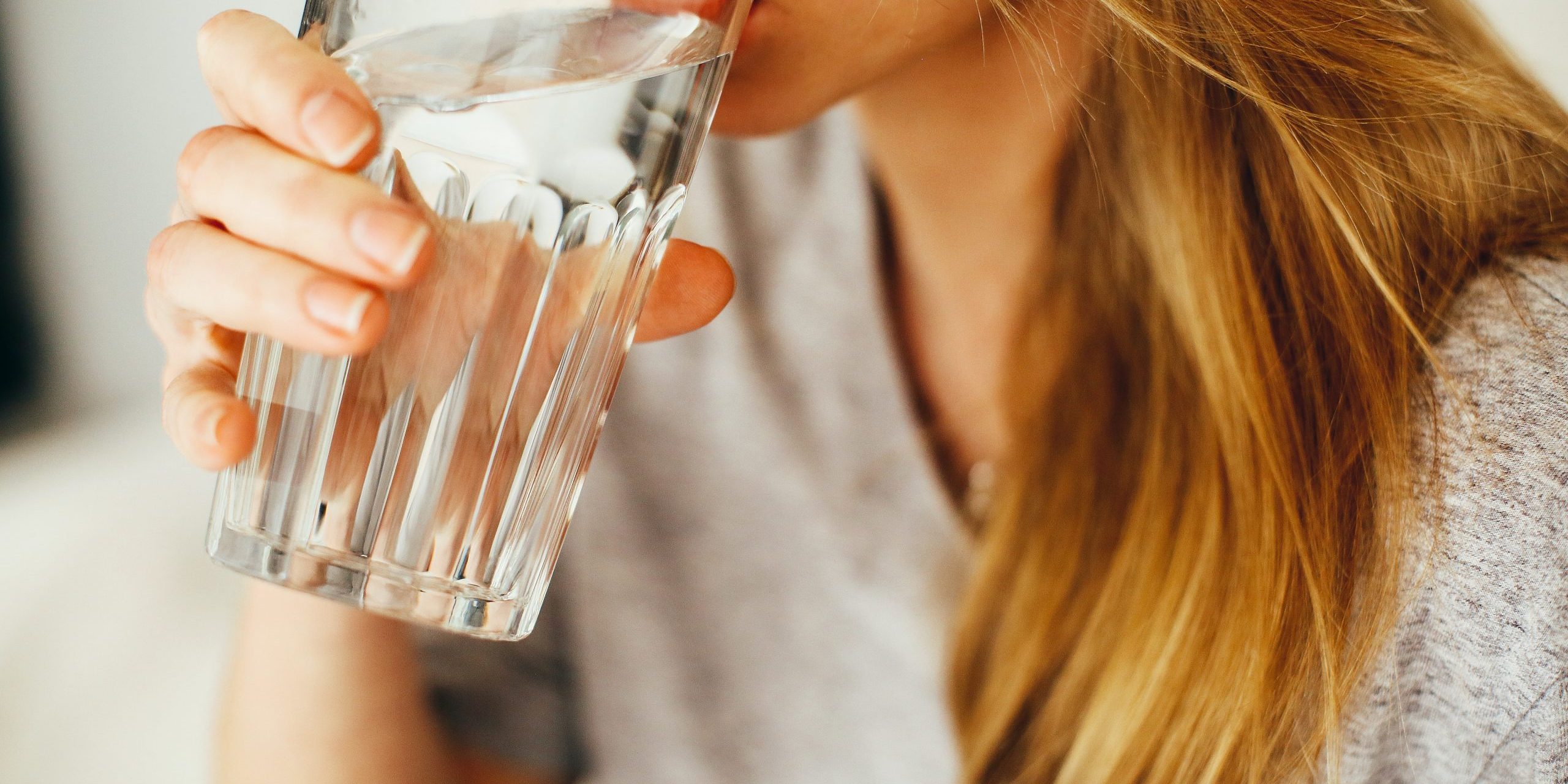 If your mind tends to wander, you’re not alone. Human brains are in the moment for just over half of our waking hours, according to a study from Harvard University. this is 53% of the time. The other 47% of the time we’re lacking focus and thinking of something else. Unfortunately, mind wandering can happen at the wrong moment–like when your boss is giving a presentation and asks you a question.

If you’d like to increase your attention span and focus for more than half of your day, here are 10 science based tips you can work on straight away.

There’s a reason that distractions threaten your work output: It takes an average of about 25 minutes (23 minutes and 15 seconds, to be exact) to return to the original task after an interruption, according to Gloria Mark, who studies digital distraction at the University of California, Irvine.

Researchers have also found that rather than being laser-like, attention is actually more like a spotlight that continually dims and comes back on again. The research, concludes that our ability to focus is designed to work in bursts of attention, rather than uninterruptedly. For instance, while it may seem that you are continuously focusing on reading this article, the reality is that you’re zooming in and out of attention up to four times per second. During those periods of distraction, the brain pauses and scans the environment to see if there is something outside the primary focus of attention that might be more important. If there is not, it re-focus back to what you were doing.

2 Have a time limit

A study published in the journal Cognition concludes short breaks help keep your attention span on track. The study lead and psychology professor at the University of Illinois, Alejandro Lleras explained that the mind tunes out after working consistently on one project. In his words, “When faced with long tasks such as studying before an exam or doing your taxes, it is best to impose brief breaks on yourself. Brief mental breaks will actually help you stay focused on your task”

This is the basis of the Pomodoro Technique. There are six steps in the original technique:

For the purposes of the technique, a pomodoro is the interval of time spent working.

Willpower is the ability to resist short-term temptations in order to meet long-term goals. University of Pennsylvania psychologists Angela Duckworth, PhD, and Martin Seligman, PhD, explored self-control in eighth-graders over the course of the school year. They found students who ranked high on self-discipline had better grades, better school attendance, and higher standardized-test scores, and were more likely to be admitted to a competitive high school program. Self-discipline, the researchers found, was more important than IQ in predicting academic success.

So, willpower is your resolve to get the task done. According to current research if you go ‘off task’ it takes many of us 20 to 30 minutes to return to the task. This will lead to increased fatigue – yet another barrier to maintaining attention.

Exercise doesn’t just improve your physical fitness; it increases your attention and a short brisk walk will do. In a study done at the University of British Columbia, researchers found that regular aerobic exercise, the kind that gets your heart pumping, appears to boost the size of the hippocampus, this is the brain area involved in verbal memory and learning. Resistance training, balance and muscle toning exercises did not have the same results.

Indirectly, exercise improves alertness due to the positive impact it has on sleep. Poor sleep is known to negatively impact on cognitive performance.

The link between water and cognitive performance has been the central point of research for a number of years. A study by the University of East London and the University of Westminster found that drinking just 300ml of water can boost attention by up to 25% .

The human brain does not have a way to store water, therefore if water isn’t consumed at the same rate it is lost, dehydration will occur. Current findings in the field suggest that particular cognitive abilities and mood states are positively influenced by water consumption. The impact of dehydration on cognition and mood is particularly relevant for those with poor fluid regulation, such as the elderly and children.

Whereas consumers have historically associated tea with mental benefits, these alleged benefits were primarily anecdotal until relatively recently. In the past 15 years, the effects of tea consumption on mental performance, especially attention, and mood have been investigated in a number of studies.

Whilst tea contains a large number of bioactive compounds, its attention benefits have generally been attributed to two its components: caffeine and theanine. Typically, a cup of tea contains 35–61 mg caffeine and 4.5–22.5 mg theanine.

If you’re trying to pay attention in a meeting or at a conference, take notes with a pen and paper – not your lap top. Researchers at Princeton and UCLA found that when students took notes by hand, they listened more actively and were able to identify important concepts.

Research also suggests that people who hand write their notes seem to think more intensely about the material as they write it due to increased focus. So, not only are we able to diminish distractions by switching to hand written notes but also increase our focus on the information we’re supposed to be taking.

minutes and 15 seconds, to be exact) to return to the original task after an interruption, according to Gloria Mark, who studies digital distraction at the University of California, Irvine.

Researchers have also found that rather than being laser-like, attention is actually more like a spotlight that continually dims and comes back on again. The research, concludes that our ability to focus is designed to work in bursts of attention, rather than uninterruptedly. For instance, while it may seem that you are continuously focusing on reading this article, the reality is that you’re zooming in and out of attention up to four times per second. During those periods of distraction, the brain pauses and scans the environment to see if there is something outside the primary focus of attention that might be more important. If there is not, it re-focus back to what you were doing.

A study done at Cardiff University in the U.K. found that chewing gum can increase your alertness and improve your attention. Chewing itself is arousing because it tells the body that nutrients are on their way to the brain, and gum can reduce hunger pangs.

An investigation of gum chewing from a team of psychologists at St. Lawrence University focused on 159 students who were  given a battery of demanding cognitive tasks, such as repeating random numbers backward and solving difficult logic puzzles. Half of the subjects chewed gum (sugar-free and sugar-added) while the other half were given nothing. Here’s where things get peculiar: Those randomly assigned to the gum-chewing condition significantly outperformed those in the control condition on five out of six tests.

Since 2000 or so, researchers at Harvard and elsewhere have conducted dozens of experiments that have shown that sleep improves attention,  learning, memory, and creative thinking. In many cases, the sleep has come in the form of a nap. For example, several studies have shown that if people are asked to memorize something — say, a list of words — and then take a nap, they’ll remember more of it than they would have if they hadn’t taken the nap. Even catnaps of six minutes (not counting the five minutes it takes to fall asleep on average) have been shown to make a difference in how well people retain information.

Daytime naps can be one way to treat sleep deprivation, says Sara C. Mednick, PhD, sleep expert and author of Take a Nap! Change Your Life. “You can get incredible benefits from 15 to 20 minutes of napping,” she says. “You reset the system and get a burst of alertness and increased motor performance. That’s what most people really need to stave off sleepiness and get an energy boost.”

According to Lumosity – (Brain training games backed by science) their scientists conducted a randomized trial involving 4,715 participants in order to study whether cognitive performance improves after training with Lumosity. The test group trained with Lumosity, while the control group trained using crossword puzzles. Both groups trained five days per week, for fifteen minutes a day. After ten weeks, the Lumosity group improved in performance across a battery of cognitive assessments. In fact, they improved more than twice as much as the control group did.* More specifically, the Lumosity group showed statistically significant improvements on subtests of working memory, arithmetic reasoning, and processing speed.

Did You Know That A Tidy Bedroom Can Help You Sleep?
February 14, 2021
Go to Top
Join the Mailing List